Mohammad Saeed started to collect goat offal from the lands of Kashmir and got them processed in Multan and Karachi for the purpose of exporting them to Germany. This offal included sheep intestines to be processed for Sausages in Europe. It was his opinion that Pakistani animals were of the highest quality and that their offal could be delicacies across the globe.

Mohammad Hussain, one of the sons of Mohammad Saeed, went to Germany for a couple of years to learn the new trends of the European sausage market in order to develop his techniques in Pakistan.

Mohammed Hussain returned to Karachi and with immense support from his wife, Kausar, he started to market the Pakistani Sheep intestines to the European and Far Eastern regions. Their story began in their home office, writing letters on an aged typewriter, introducing and explaining about the quality of sheep intestines and their use for food processing, especially sausages.

Mr. Hussain developed his own processing area in Karachi and the business expanded with a greater vision, exporting quality Sheep intestines (Casings) to the world. This would not have been possible without the support from his wife, who made sure to save every possible penny to make the processing area a reality.

Mr. Mohammad Hussain made his first export to Germany and the journey of success started. He founded a company and enthusiastically converted his profession into a producer and exporter of Sheep Intestines.

Mr. Mohammad Hussain made his first export to Japan and became one of the very first Pakistanis to export any Pakistani produce to this region.

Mohammad Hussain built the very first internationally acclaimed Sheep Intestines (casing) facility in Karachi. This was the first Offal producing unit in Pakistan that matched international standards. Though Mr. Hussain’s major focus was on Sheep intestines, he pioneered the trend of procuring and producing the offal produce in Pakistan, hence he is widely recognized as the Founder of Pakistan’s offal industry.

During this era, Mr. Hussain developed processing units across Pakistan and expanded the export markets to include Japan, Spain, Romania, Italy, Germany, America, and Canada. His export figures were recognized by the FPCCI and he was awarded Export Performance Awards by the FPCCI and the Government of Pakistan, consecutively, from 1981 to 1996.

Due to the sudden death of Mohammad Hussain at the age of 52, his eldest son, Faisal Hussain took the helm. He was just 24, but his exceptional academic background helped him rise to the occasion. He graduated from the Institute of Business Administration as an MBA Gold Medallist in Finance and Marketing. and has an MBA in Finance from Cardiff University in Wales, UK.

Mr. Faisal Hussain started evolving his dad’s vision into a more dynamic and inspirational one. His new ideas and expertise in finance led to a brighter future for Mr. Mohammed Hussain’s companies and assets.

Mr. Faisal Hussain, once again, led his family business into the largest exporters of Sheep Intestines from Pakistan. During the years 2003-2007, he opened up new markets for Sheep Intestines and led his family to many other investment ventures. In 2004, his younger brother, Mr. Ali Hussain had also joined his team and was supporting him in several departments.

Faisal Hussain, from all his years working for his family’s company, was now well equipped and experienced regarding animal and animal produce markets. In 2008, he had a new vision to be a major player in the meat and offal market globally. With this in mind, he planned to build his own state-of-the-art meat produce facility.

TOMC made its first export of mutton meat by road in the month of March, they also achieved various other landmarks including developing the first beef meat deboning facility in Pakistan.

These years were the start-ups for various milestones for the company including approvals/licenses of export to destinations like UAE, Saudi Arab, Malaysia, and Egypt. This was the era when TOMC had developed a reputation among clients in the Middle East.

Now TOMC was a major player of the Pakistani meat market and this year made it more prominent when TOMC starting Vacuum Packed Fresh and Chilled meat  extending chilled meat produce life from 21 to 90 days. New markets like the CIS states, and Mynamar opened up for meat and meat offal; exports for the company. 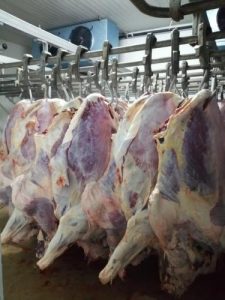 The sales and profitability figures kept growing this year as they did in the previous years. The new market of Maldives was initiated during this year. 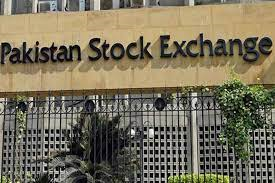 TOMCL had a very successful IPO and the company went public as the second publicly trader producer company on the Pakistan Stock Exchange (PSX) and the journey towards more successful endeavors continues.